Birth of Baby Justice: It all started March 10th at 12:30am. I had never felt a contraction before (no Braxton hicks for me!) so when I felt my first one, being one week over due, I thought this might be it! I laid in bed for a couple hours timing them and saw that they were coming about every ten minutes. Instead of waking my husband up (like we were taught not to do in our birth class), I decided I would get up and walk around and see what they would do. Once I did that, they slowed down to about every 20-30 minutes. I tried going back to sleep but was too excited and anxious so I pretty much just laid there some more trying to ignore them until morning.

The sun eventually came up and that day they slowed down a bit more but were still coming regularly enough (I wouldn’t say they ever stopped completely), so we went out and ate a big pancake breakfast because I figured I would need some fuel! Later in the afternoon I walked around the neighborhood with my husband and that’s when the contractions started to become uncomfortable for the first time. I would have to stop and squat every couple minutes. We came back and heated up some spaghetti squash leftovers for dinner around 5pm. I called the midwife to let her know what was happening and that I would probably be coming in later. Then I went back to our bedroom and thought I mine as well try to sleep as by that time I knew this was going to be the night! I put on a movie and within 15 minutes, I threw up the squash! Thus started the labor in my opinion.

The contractions were becoming a little more uncomfortable and started coming closer together again between 10-7minutes apart as I had my husband press on my back for each one (double hip squeeze) while I sat backwards on a chair in our room. When they got even more uncomfortable I went to our bathroom and sat on the toilet. That is when we called the midwife again and let her know my progress. She told us I should try to eat something light like fruit or a popsicle for energy so I tried that and threw up again. Then she said try water and I threw that up! Meanwhile the contractions were coming faster. Soon they were at about 4 minutes apart and we decided it was time to come in around 10:00pm. I was dreading the car ride down there (about 35 minutes from our home in Vista) but we put the carseat in the trunk and I laid down in the back seat and it wasn’t too unbearable.

When we got to the center I had to get down on my hands and knees and kneel over a chair for every contraction. I remember our midwife assistant Delilah greeting us and waving hello to me from the hallway and me just being totally in contraction zone. When the midwife, Susan, arrived they took me to the intake room to check me. I threw up again on the table. At that time I was 5cm dilated however they didn’t say that out loud and me and my partner were both afraid to ask in case it was not that much! So in some weird way, we both silently preferred not knowing!

No one else was there, so we got the upper, larger room. The contractions were pretty intense now so my recollection for the rest of the night was just being in a ton of pain, so much pain that I was screaming like I never screamed before, almost to the point of singing! Afterwards I described it as imaging your worst torture scene in a movie, multiplying it by 10, and having to deal with it for 8 hours! However, again afterwards having gone through all that, you realize how much you really can endure if you needed to, and you walk out a little less fearful as you were before you walked in. So anyways, I had to get an I.V. put in my arm because of the throwing up. I was thankful that was there! I tried the tub for about 30min but couldn’t really get comfortable so I rotated between the bed and the toilet. My baby was posterior so every bit of pain was all in the very same spot in my lower back. Nothing in the front. Each contraction my husband was there for me doing the double hip squeeze. We tried a few things to get the baby to turn, but nothing seemed to be working. Delilah kept asking me if I felt the urge to push but the pain was superceding all my feeling down there so I couldn’t tell.

After a couple hours I started getting really tired and contemplated what it would be like to just go to the hospital and get the epidural. At that point I was still scared to ask where I was at (for fear I hadn’t progressed much) so I was beginning to doubt if I had enough energy to get through this! However, when I thought about it some more I realized that even if I did go, it would still be at least a couple hours from now where I would “feel no pain”, plus having to get dressed again, ride in the car, check in, sit still while they put the epidural in, be in that hospital environment, all that turned me completely off again. If all was going okay, I would stick it out and still get this baby out HERE!

It was shortly after that they told me I was at 9.5 cm dilated. Almost there! Delilah did a maneuver to help me feel the pushing sensation. All of us decided it was time to try! Pushing was hard work and it seemed like it was taking forever. I think that was partly because my mother kept saying “you’re almost there” when I really wasn’t and she really had no idea. When you hear that 20 times and no baby comes out, you begin to get a little frustrated!! But the pushing actually hurt less then the contractions, and like the contractions, I did get a little bit of a break in-between each attempt, so I was happy to just be close to the end. In His perfect timing, out came our beautiful little boy at 6:48 am on March 11th, 2013!

Immediately the baby was put on my chest. The funny thing was we chose not to know the sex beforehand and no one had announced what it was or appeared to have even looked! I was like, “well, what is it?” Then they pulled him back for a second and said a boy! Then he was put back and began to nurse. It was such a wonderful high; him being so precious and the relief from it being all over. The high lasted for the next two weeks as well…I felt like I was on crack! I was getting barely any sleep for 14 days straight yet I was so in love with this little guy and happy it didn’t matter!!! That is one of the biggest benefits I believe of having a natural birth. I haven’t done it the other way to know the difference (this was our first) but it appears from others that you don’t get as much of those good oxytocin hormones when you take the epidural or have a c-section. Who knows but I was thankful to have them!

My husband and I were so exhausted after the birth but we couldn’t really nap I think because of the adrenalin. My father brought breakfast over as we did all the standard check with the baby and mom and by about 3:00pm we were on our way home.

My experience at the birth center was fantastic. For me, it was the perfect environment and medium that I needed for this birth. While pregnant we considered a home birth but I just wasn’t ready for that yet. I felt like I was in really good hands, safe, at the center and Delilah had an extremely calming presence about her. She appeared like everything was normal so it made me feel normal. Although now I am less intimidated with the home birth approach (knowing a little more what to expect) I am definitely going to consider the Center again just because I did like it so much. Part of it is just the idea of having to go somewhere else for this event which isn’t your every day event! I guess for me, it made me feel like I wasn’t being too naive that everything was going to go perfect at home.

I thank everyone at Best Start for making me feel like a person during my prenatal visits. I thank Delilah and Susan for assisting me that night and their peace and encouragement. I thank my husband for pressing on my back every single contraction and my mom for stepping in for him when he needed to use the restroom or get something to drink. Above all though, I thank Yahweh, my God, for creating this life inside me and leading me to have this baby. This little guy is totally a gift to ME, and my husband, and I am so thankful we did not put off child rearing any longer! Life is so much more full and abundant, and I can’t wait to have more Lord willing! 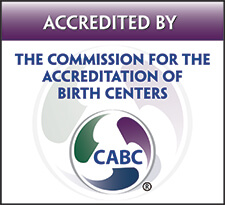 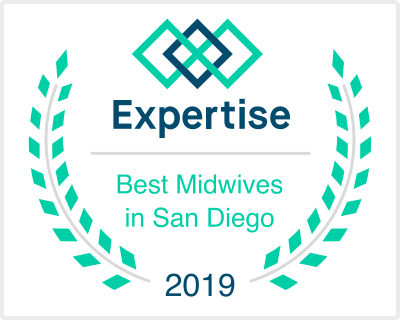